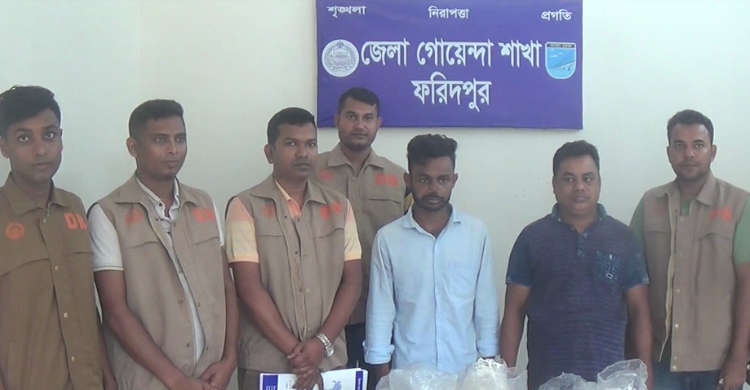 Faridpur Corresponden: Faridpur district police have recovered 42 kg silver ornaments brought from India by evading customs. Two people involved in trafficking have been arrested at the time. The value of the recovered ornaments is 35 lakh rupees. They were recovered from a house in Goalchamat Laheripara in Faridpur town on Friday night.

Police seized a motorcycle at that time. Police Laheripara resident Hafizul Haque's son Kazi Mohammad. Asaduzzaman and Aslam Khan's son. Sunny Khan has been arrested. Faridpur Additional Superintendent of Police Jamal Pasha told a press briefing at noon on Saturday (May 28th) that a team of DB police raided the place last night and arrested two persons along with 42 kg of silver. These smugglers used to sell these ornaments brought from India through customs evasion in different parts of the country. Three other residents of Chuadanga district involved in the smuggling have escaped. Attempts are being made to arrest them. In this case, the sub-inspector (SI) said. Shafiqul Islam has filed a complaint under Section 25-B (1) of the Special Powers Act, 1984 at Faridpur Kotwali Police Station.