UK Minister for Africa statement on the Somali electoral process

The Prime Minister called for further strengthening of Bangladesh-M... News Desk: Hong Kong has canceled transit to 153 countries and regions including Bangladesh due to increase in coronavirus infection. The list also includes India, Pakistan, Maldives, Nepal and Sri Lanka. Hong Kong Airport Authority confirmed the information in a statement on Friday (January 14th). News AFP. Considering the coronavirus infection situation, Hong Kong has divided different countries and regions into several categories. Hundreds of countries, including Bangladesh, have been placed in Group A as high risk. Earlier, travelers from the United States, the United Kingdom, Australia, Canada, France, India, Pakistan and the Philippines were completely barred from entering.

China's Special Administrative Region announced on Friday that it would tighten security. The statement said that for the last 21 days, transit or transfer through Hong Kong International Airport has been suspended for persons staying in any area in Group A. The directive will be effective for the next one month from next Sunday (January 18). Hong Kong airport authorities have stated that strict measures have to be taken to curb the rise of Omicron. They even said that the restrictions apply equally to the guests of the Olympics. Earlier this month, Hong Kong again imposed strict restrictions. Among them were cancellations of flights to eight countries, closure of bars and gyms, and ban on eating and drinking in restaurants at night. Like mainland China, Hong Kong, China's special administrative region, has been subject to strict tax regulations since the beginning of the epidemic.

They have been seen taking measures such as border closures, quarantines for weeks, area-based lockdowns, and mass corona tests. Hong Kong's chief executive, Carrie Lam, said health officials feared the city could be infected with Omicron this time around. In this situation, Hong Kong has banned all kinds of large public gatherings to deal with Omicron. Bars, nightclubs, gyms, beauty parlors and some other businesses have been closed.

Eating and drinking in restaurants is prohibited after 6 pm. All cruise trips have also been canceled. Another major blow to the global economy is expected to be the new sanctions imposed on one of the world's business hubs. 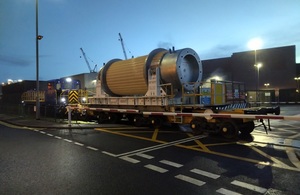