Accused of raping schoolgirl in Chatmohar, hospitalized in critical...

The cold wave is again in Dinajpur, education and livelihood are be...

Secretary Tapan's distribution of winter clothes and inspection of ...

The craftsmen are busy making mattresses in Chatmohar

The dog in the patient's bed at the hospital, the patient on the fl...

Allegation of digging a pond on crop land in Chatmohar

3 houses burnt down in Chandanaish fire

Six lakh in one net!

Uncle was hacked to death with a spade in Jhenaidah

Another 705 Rohingyas were shifted to Bhasanchar

Those who won the UP election in Sherpur Police said that on the evening of January 8, Md. Jasim and Mintu Kumar, employees of the Emperor Flower Mill in Feni, were returning to their establishment with Rs. 14 lakh from their collection. Mill manager Jasim Uddin filed a case with Feni Model Police Station. Later, the police conducted a raid and arrested six persons from Dhaka, Cox's Bazar and Laxmipur and recovered two knives and Rs 4 lakh 26 thousand in cash. 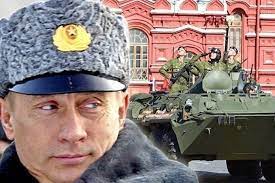