Mobile court raid on 2 clinics in Bogra: fine of Rs

Five clinics in Gopalpur under the direction of the Department of H...

Campaign at unregistered clinic and diagnostic center in Kushtia

In a separate DB operation in Bogra, 4 people were arrested with ya...

There is a picture of 1 arrested with domestic weapons and drugs in...

A gold bar was recovered from the stomach of a passport passenger a...

Bablu Fakir, accused in 16 cases, was arrested in Saltha, Faridpur

Tiktak to love, marriage; wife arrested for trafficking to India 3

1 arrested in Sharjah with Indian silver and motorcycle News desk: Two suspected robbers were killed in a reported gunfight with members of Rapid Action Battalion (RAB) at Char Kukri Mukri in Charfashion upazila of Bhola district on Sunday.

The identities of the deceased could not be known yet.

Tipped off, a team of Rab conducted a drive at No 1 Jalia canal in the morning, said Shakhawat Hossain, officer-in-charge of Dakkhin Aicha Police Station.

Sensing the presence of the elite force members, the robbers opened fire on the Rab team, forcing them to fire back which triggered the gunfight.

At one stage, two robbers were caught in the line of fire and died on the spot while the others managed to flee the scene.

Some sharp weapons and arms were recovered from the spot. 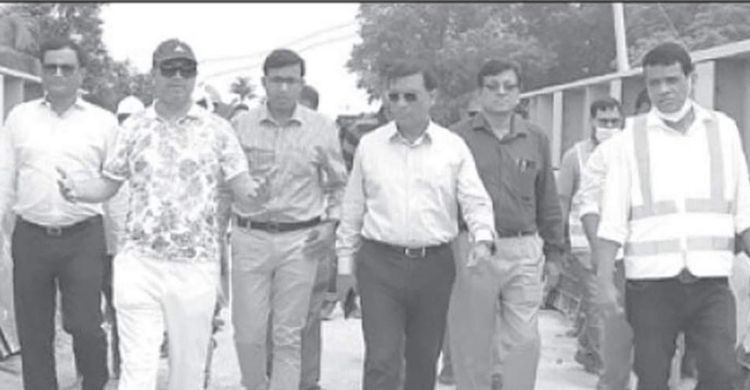